You are here:
Spirits 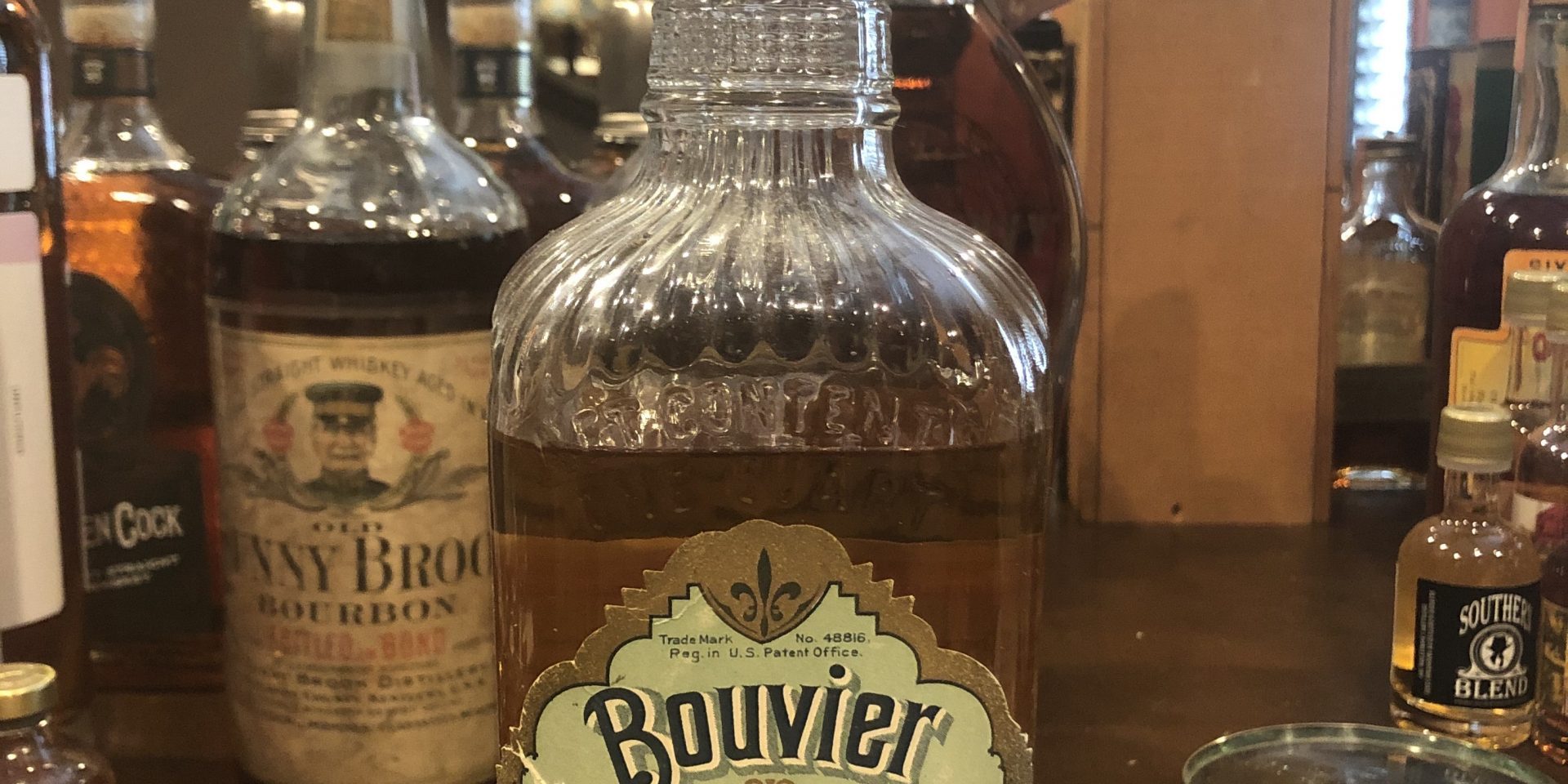 I spend so much time on whiskey that sometimes it is good to get out of my lane for a bit. For this installment of Something Different, I bring you Bourvier Buchu Gin. from the Bouvier Specialty Co., Louisville, Kentucky. This bottle is obviously pre-prohibition era and is somewhat ornate with the brand name embossed on the sides. A great label, for sure. This bottle isn’t particularly rare but it is very cool indeed!

When doing a quick Google Image search you’ll find several examples of this gin. It seems the color of the gin is supposed to be “apple juice” in nature when compared to the other examples I found. If you want to know what this gin tastes like, head over to our friends at The Gin is In. Yes, you can drink this stuff if you dare. Also, you can read about The Elusive Dr. C. Bouvier and the Rosenbaum Brothers at Those Pre-pro Whiskey Men should the mood take you. Finally, a nicer bottle of this gin sold at Bonham’s Auction for $333 including premium in 2013. Do you have a bottle of this elixir? If so, share below!

Among the most interesting of the “liquor as medicine” hucksters was the mysterious, and almost certainly fictional,  Dr. C. Bouvier of Louisville, Kentucky. His buchu gin bottles are dug or found in flea markets all over America   Many have interesting shapes and colorful labels.

All contained “buchu gin,” a potion made by straining gin liquor through the leaves of the Latin American buchu plant, presumably taking along their essence and health-giving properties. Dr. C. Bouvier’s Buchu Gin was vigorously advertised as a remedy for kidney and bladder diseases or for “general disability,” often a euphemism for impotence.   One of its ads explicitly scoffed at physicians.  It read: “Don’t let them kid you because the doctor says you can’t drink. Put your foot on the rail and look wise at ‘the doctor behind the bar’ and say ‘Dr. C. Bouvier’s Buchu Gin.’”   A trip tray advertising the nostrum shows a benign elderly couple, with the obvious implication of the longevity involved in drinking buchu gin.